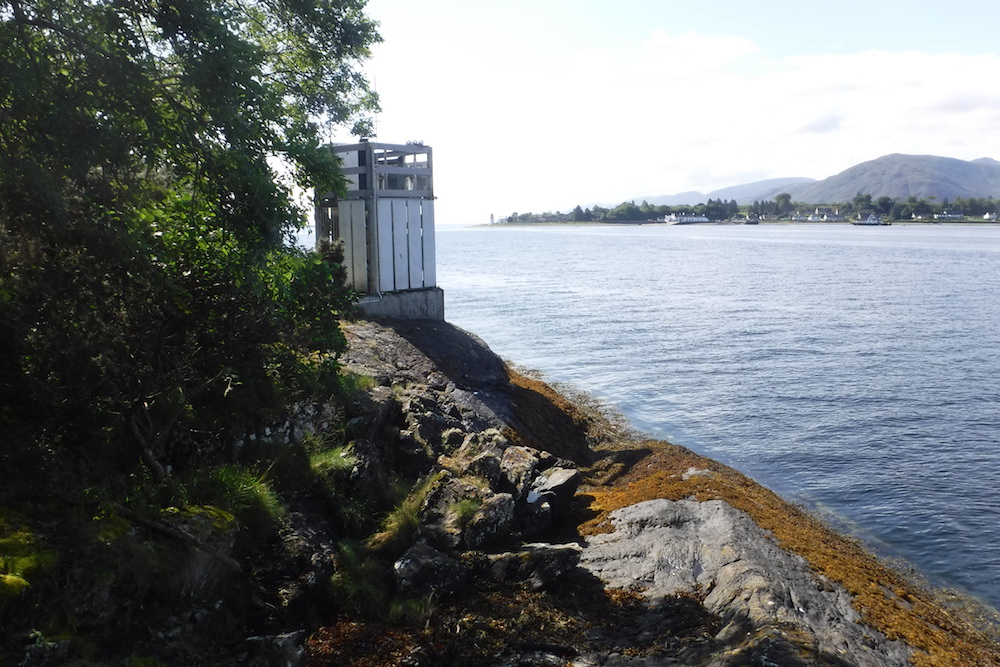 I’ve had a couple of short trips away recently, the Isle of Wight and Tiree, and the return journey on these trips has provided a perfect opportunity for some tidying up of lighthouses I still had to visit.

I had been visiting family on the Isle of Wight last month and, during the process of finalising my lighthouse list, I discovered that the light at Egypt Point (the most northerly point of the Isle of Wight) qualified for inclusion. As is usually the case with places you have lived, you often pass by landmarks without taking much notice. I know that I’ve  been at Egypt Point a number of times, but that was long before my lighthouse definition was decided. So, my dad/chauffeur very kindly took a detour along the seafront and pulled over while he, my mum and aunt all watched me bag the lighthouse (a very kind lady who was walking her dog even paused while I took a picture of the lighthouse)! While the lighthouse is an unusual structure, it is not the most fascinating. Surprisingly, it’s actually quite old and the former lantern and optic is now on display in the Association of Lighthouse Keepers rooms at Hurst Castle. It was only a quick visit, but an important one, just to be confident that it can be ticked off of the list!

The second trip that allowed for more bagging was on the way back from Tiree (see my previous post for details of that very exciting weekend). Although we knew that travelling north on the A9 would be considerably quicker than the more scenic (and slow-moving) A82, Corran Narrows North East lighthouse beckoned. We’d looked it up on the map and wondered if it would be possible to see it from Corran itself, but when we got there it was clear that, with the new and beautiful homes being built along the coast, access would not be possible from there. Not what we were hoping for as the A82 north of Corran is lined with trees, which we didn’t fancy picking our way through.

We pulled over into a parking area north of Corran and, with both kids asleep, Bob went for a bit of a recce, heading straight down through the trees from where the car was parked. When he returned about 20 minutes later, he was able to report that that route certainly wasn’t the best. He described which point was the best to take from the main road and I set off. It was only after I’d attempted to get down by at least three routes and decided that I must have gone wrong somewhere that I found the lighthouse. It is a “flat-pack” type, but in a wonderful location. It is so close to the A82, but you wouldn’t really know it when standing there looking out over Corran Narrows. Bob had informed me that, to get back from the lighthouse, just head straight up to the road from behind the lighthouse. Amusingly, there was a well-cleared route up this way and, once I’d got back up, I discovered the best point to walk down from (for anyone interested, it’s at the first post to the south of the sharp corner sign)!

Further north we finally made a stop off at Dalmore Distillery – sadly not for a tour or taster, but to check out a potential lighthouse we had been meaning to take a look at for a while. On the end of what it known as Yankee Pier (apparently due to it being built by the American Navy during World World I). During my research I’d seen mention of the structure at the end of the pier being a lighthouse – or tower with a light on top, but I was unsure whether the tower was built for the sole purpose of being an aid to navigation or for another purpose. It was a nice walk out to and along the pier, which the kids seemed to enjoy too – probably because they had freedom from the confines of the car for a change! As we reached the end of the pier we asked a couple who were just leaving what they knew of the building, and they told us of the American war link. We both felt that the tower looked a little more military than lighthouse-y! I then spent most of the remainder of the journey home researching its history online and, although there was clearly evidence of a light on top (it is no longer there), there was nothing to suggest it had been built for such a purpose. After much deliberation I made the decision that it doesn’t qualify for the list, based on the aspect of my definition about the structure needing to be built to be an aid to maritime navigation.

Not the most enjoyable bags, but if it helps with ticking some more off… 🙂