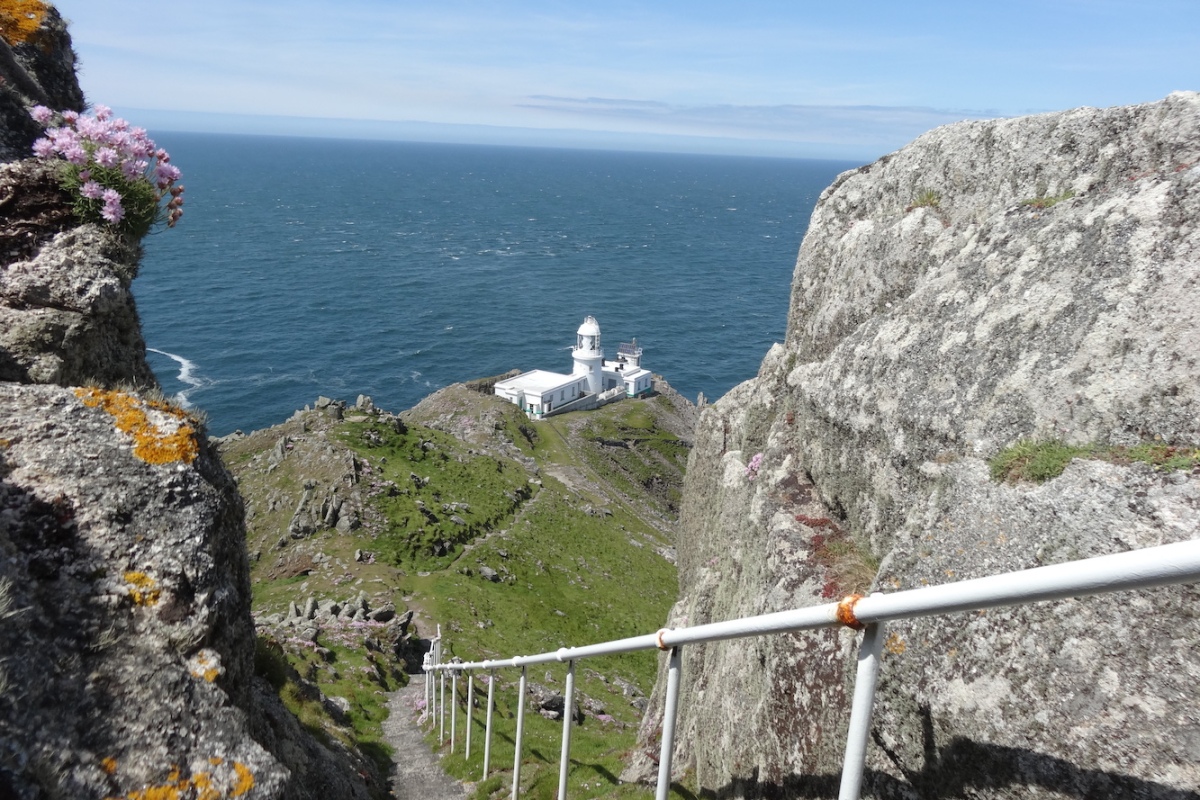 In this third part of my series of posts about my lighthouse journey I will be covering the period from mid-2012 to mid-2014 when I began to visit places I never imagined I would get to.

When I first planned this Reflections series, I’d not considered this rather important couple of years as separate from the years that followed, but it very much is. As a result, this will now become a five-part series.

As mentioned at the end of my previous post, I returned from my lighthouse tour with no plans for future lighthouse visits. That changed completely with the introduction of Bob. Many of my longer-term followers, friends and family will know the story of how we met, but for those who don’t, the best way to catch up on that is by reading this post. It’s quite an interesting one to read back for myself. It reminds me that 9 years ago I was filled with excitement and enthusiasm for visiting these places; the kind of feelings you get when you have discovered a new pastime that you enjoy so much. That’s not to say, of course, that I no longer have the same feelings, but it was a more innocent, carefree enjoyment then. I will say more on how that has changed in the final post of this series.

Those two years were a time of massive change – the biggest of my life so far. Within that period I’d gone from living in London and having no plans at all to settle down, to then moving to the north coast of Scotland, getting married and getting pregnant. Looking back now it was a whirlwind and I don’t think I even had time to take it in as it was happening. During the first year I would work full time during the week and spend weekends away visiting amazing places. While Bob was away for over two months for his attempt to climb Everest from March to May 2013, I filled my spare time with wedding planning and packing ready for my move. Once I’d moved it was only two months until we were married and then another couple of months before I fell pregnant. Life then was very much ‘don’t think, just do’ and I enjoyed the ride as all of these life-changing events were taking place.

There were two very important changes that happened during this time in relation to my appreciation of lighthouses. Firstly, lighthouses on islands suddenly went from being in the ‘not likely to ever reach’ domain to ‘I could actually go there’. I’d recognised the need for more time and money being required for visiting islands, both of which were not something I had been able to afford previously, hence my focus on the mainland with the original tour. However, when you have a successful first date on Arran, as described in the post linked to above, you know islands are likely to become a more regular occurrence.

Secondly, I gained access to a range of new resources that gave me a much clearer picture of where lighthouses were. It was from looking at mapping software that I became aware of many more lights that I wasn’t aware of. One of these was Loch Eriboll lighthouse, which I wrote about recently after a revisit. Since discovering this one I’ve grown more and more fond of these very modern structures. A short time after visiting the first at Loch Eriboll I encountered the second at Hoxa Head in Orkney, which is the same standard flat-pack type tower. Even in those early days I recognised the glorious surroundings you witnessed when visiting these small, and often overlooked, towers as well as the more challenging off piste walking required to reach them. The discovery of these was the start of being propelled onto a new level of fanaticism. It turned out I wasn’t just your average lighthouse bagger (if there is such a thing) who is only interested in a tall tower with a lantern, gallery and coloured bands as a bonus. My lighthouse adventures started to become more about going to new places and not solely about just getting to see the lights.

It was sometime during the second half of 2012 that I came across the book The Relative Hills of Britain by Alan Dawson. Bob’s well-thumbed copy had set up home in his car’s passenger side pocket so it was only natural that I would take a closer look at some point. I was fascinated by it as only a list person could be. It featured, among other chapters, maps of the U.K. split into sections followed by a listing of all hills with a prominence of at least 150 metres within that section. I knew my lighthouse list at that time was not comprehensive and I longed for a lighthouse equivalent list of Alan Dawson’s hill listing. Bob, the bright spark, suggested I should do it myself and this was the first ever mention of the idea behind my book The British Lighthouse Trail: A Regional Guide. Rather optimistically Bob’s suggestion was to get it published in my maiden name before we got married. That turned out to be an unrealistic timescale as it rather quickly became apparent that there would be more to it than just scouring maps and making a list. Key to the development of a list was having a definition and it took me quite some time to finalise that, based on what I already knew of the lighthouses I’d visited and those I had yet to see. It turned out I needed a few more years’ bagging experience before I felt able to establish a definition I was happy with.

In the meantime there were plenty of trips to be had. While I was still in London many long weekends were spent away in such places as Cornwall, Gibraltar (for the romantics among you who don’t know this bit, here’s the post from that trip), Orkney, South Wales, Davaar and the Mull of Kintyre, North Wales, the Isle of May and Bell Rock lighthouse. After moving north there were further destinations across the country including Pentland Skerries, Northern Ireland (another link for those romantically-inclined) and Colonsay. There are so many memories packed into those sentences and looking back now it feels like it all happened a long time ago. I very quickly went from doing a lot of my adventures alone to sharing the experience with someone else and along with that came more challenging walks to lighthouses, more access issues, and more pushing the boundaries in order to reach a goal. I suppose to summarise the change that occurred in my outlook during that period was the development of the bagging mentality – and it turned out I was going to need that very thing in the coming years.

Up until this point any boat trips to islands or offshore lights were undertaken using scheduled ferries or on routine tourist boat trips – but boy, was that about to change… 🙂