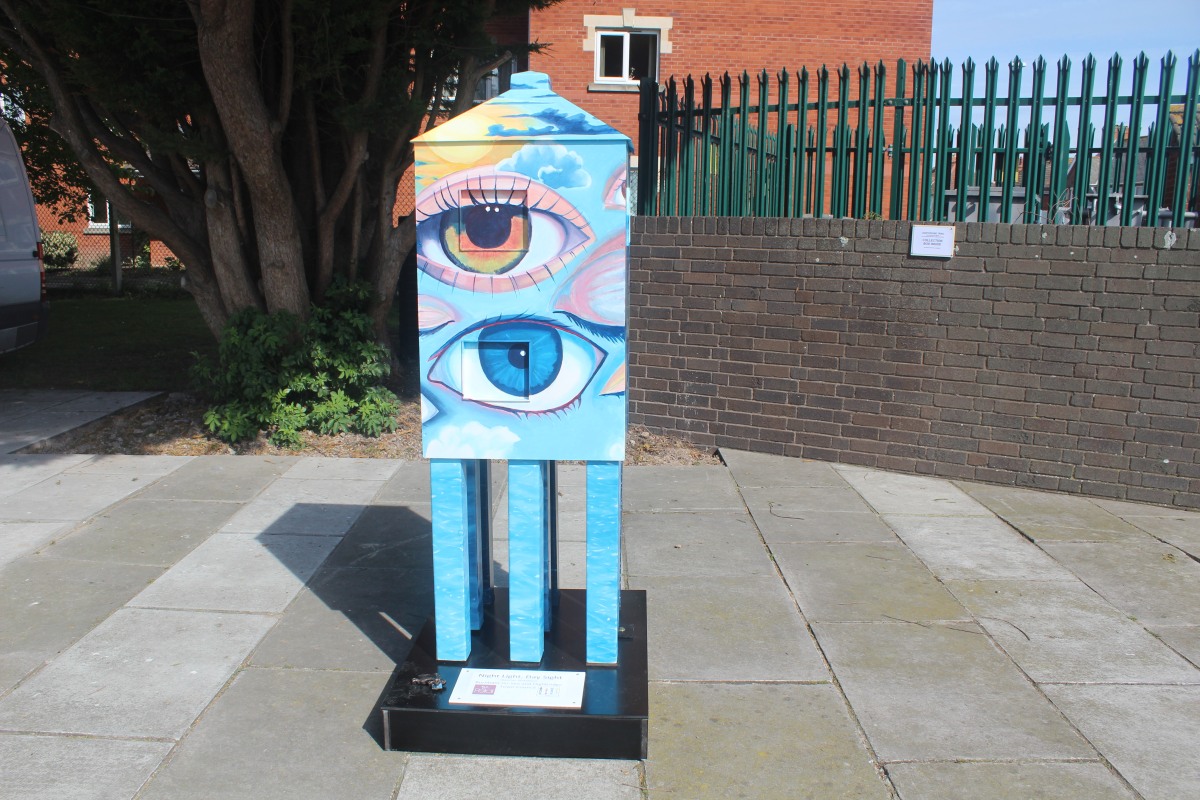 At the beginning of May we were down in Devon for a friend’s beautiful wedding day and had decided to drive almost the full length of the UK to get back home the day after the wedding.

After leaving the venue I did a little research and discovered that it was that very weekend that the Burnham-On-Sea mini lighthouse trail was being launched. We calculated that we would have a short amount of time to be able to drop in to Burnham-On-Sea as it wasn’t far off of the M5. The 33 mini lighthouses are based on the design of the Low lighthouse, which is a wooden pile lighthouse, which sits happily on the beach. The smaller 6ft versions have all been created and painted by the Highbridge and Burnham Artists and positioned in various locations around the town centre and slightly further afield.

We arrived at the Burnham-On-Sea tourist information centre about ten minutes before it was due to open and ruined their last moments of peace by barging on in (well, if the door is unlocked…). I’d read that this was where we could get hold of a map of the lighthouse trail. We then had a whizz around the town and saw 11 of the lighthouses outside various buildings, including the police station, arcade, Tesco and the RNLI shop. The money raised from the lighthouse trail will go towards a local cancer charity, so it’s lighthouses for a good cause – what could be better! At some point I hope to get back to see the others, but I think they are only on display for a certain length of time before being auctioned off.

As we moved further up the road we were able to spare a little more time to stop in at Heysham for a quick look at the lighthouse on the end of the pier there. It was a very quick stop and the structure has clearly seen better days, but good to get a view of it.

We’re off to the Western Isles tomorrow, so I should be able to report back on lighthouse progress made over there shortly 🙂