What an amazing day! I’d been looking forward to today, mainly for the visit to Flamborough Head.

Before I get to that though, I simply must tell you about the only other person who was staying in the B&B I treated myself to last night. I met him at breakfast this morning and my introduction to him (by the owner) was: ‘This is Martyn. He’s walking the same route you’re doing!’ My first line in response was: ‘Wow! I would offer to give you a lift, but I think that would defeat the whole object.’ So, basically, for the past two years he’s spent a week here and there and the odd long weekend walking around the coast of the UK! It’s going to take him another 6 years to complete, but he’s in no hurry. He was, of course, also familiar with a number of lighthouses and, in fact, had one from Porthcawl as the background picture on his phone! It turned out he had been to Spurn Point in the morning the day I was there and had also witnessed a Parcelforce van driving at breakneck speed, which was probably the same one that followed me closely most of the way back along Spurn Point before flying off into the distance. It sure is a small country!

So, my first stop today was Bridlington, which is a wonderful little seaside town with a great atmosphere and very odd-looking light structure (I’m not sure it deserves to be blessed with the name ‘lighthouse’. It’s essentially a large old-style lamp post at the end of the pier). The weather was wonderful though and I enjoyed my brief visit there.

There’s so much I could say about Flamborough Head, but it would probably bore you after a while. I will say, though, that it is absolutely amazing! The lighthouse is somewhat majestic and the old lighthouse is very old-looking. There is a sign on a gate just near the old lighthouse, which is in the grounds of a golf course, that reads something along the lines of ‘If you’re hit by a golf ball it’s not our fault’. Brilliant! The truly fantastic thing about Flamborough Head though is the amazing coastal scenery (pictured, but only in part). As you walk around it, turning corners and walking up hills, more and more spectacular rock formations appear and it reminded me very much of the coast in Dorset and Devon, but with every element of the best bits rolled into one! It’s an absolute ‘must go’ destination if you are ever in the area.

My final lighthouse today was Scarborough. Visiting this one involved a walk along the seafront and a strange encounter with an old man, who was telling me all manner of things including how they do salmon fishing in Scarborough Harbour, how one of the Bronte’s was buried in front of a church up in the hills of Scarborough (which you could see from the seafront), and how he’s saving up for a car so he can just go and drive like I am (apparently he used to). He was a lovely man, but he had really bad breath, so as soon as I felt it was appropriate to do so, I told him it was nice to meet him and continued my walk!

I am now about ten minutes from Whitby, my next destination. I may have been able to fit these in today, but I was keen to take a detour and drive through the Yorkshire Moors, so I did! It was a great drive (although I’m not sure Little Car agreed as she struggled up the hills while all the other cars seemed to manage quite easily, youth was certainly on their sides) and I had a brief stop at Horcum Dyke where there are some fantastic views.

Now I am (finally) amongst other laid-back campers. After spending a couple of nights camping in an empty field, it’ll make a nice change! 🙂 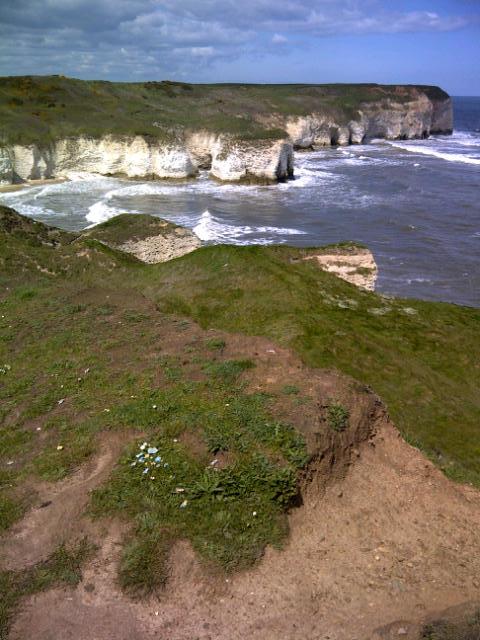