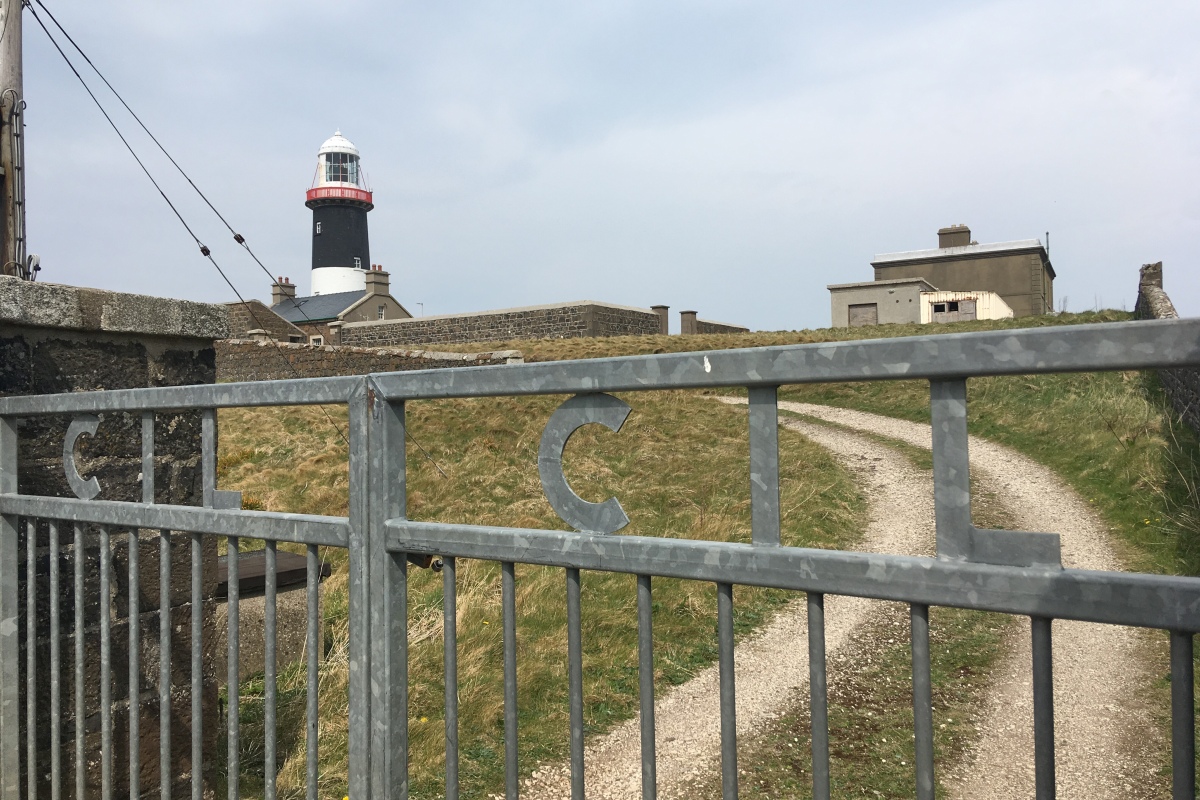 Rathlin Island off of the north coast of Northern Ireland is a place that I have mixed memories of from our honeymoon back in 2013. There is no doubt I found it to be a beautiful island, but cycling across it in wind and rain with little time to fit everything in was possibly not giving it the time and credit it deserved. Hence the need for a return visit. Well, that and I hadn’t managed to get to see the West Lighthouse the first time due to it being out of season.

At the end of last year we made contact with Derek from North Coast Seatours, based in Kylesku, about another trip (hopefully to come next month). During our discussions he happened to mention that he would be bringing his boat up from Northern Ireland to Kylesku and asked if we would be interested in joining him and developing an itinerary for getting some lighthouses and islands we were keen to visit on the way. We jumped at the chance of course.

So, that is how we came to be in Northern Ireland this week. With an intentional day to spare we set off for Rathlin Island yesterday morning. As Easter has passed the West Lighthouse is now open with the RSPB centre making it a popular attraction. This has the added benefit of being the main destination for the Puffin Bus, which we happily hopped on. It’s a great journey out to the lighthouse with some fairly steep sections and tight bends. It’s only 4 miles, but the nature of the roads makes it feel significantly longer.

When we arrived at the lighthouse we bypassed pretty much everything in order to make it to the lighthouse before anyone else. Now, the West Lighthouse is really quite unique. I don’t know of any other lighthouse (and certainly not in the UK) where you enter the tower at the top and have to walk all the way down to the bottom to be able to see the lighthouse. This explains why it is known as the “upside down” lighthouse. It also the reason why it’s quite difficult to get a picture of. The platform at the bottom of the tower is just big enough to be able to get a picture of the full height if you rest the camera on the ground and angle it upwards. The tower features a number of rooms, one of which is still laid out as it would have been as a keeper’s bedroom. Further rooms give more information about the lighthouse as well as the birds and wildlife that can be seen in the area. As well as being upside down the light is also quite unique in that it flashes only red. In a number of larger lighthouses there is a red sector, but rarely just a red light.

The coastal scenery around the West Lighthouse is fantastic, particularly looking to the north. It is almost unreal and I could have stayed there all day, but there was more to be done!

An hour after our arrival we hopped back onto the Puffin Bus. I asked the driver if he would be heading anywhere towards Rue Point where the most southerly lighthouse sits. He dropped us off at the end of the road and we set off on foot along the track. It was a shorter walk than I remembered from our list visit. While the structure at Rue Point is not a traditional lighthouse it’s in a great location. It has a wonderful little walkway leading to it. It was considerably calmer this time so we took a wander about on the rocks around the lighthouse. A really lovely place and frequented by seals so it was not surprising that we spotted a few lounging around in the little bay.

From Rue Point we set off to walk to the East Lighthouse at Altacarry Head, or should I say the East Lighthouses as there are two towers, the low and high lights. I was keen to get back here as we had seen the larger tower, of course, but had failed to notice the smaller one as it is nestled in front of the high light on the seaward side.

The weather was fantastic yesterday and I was finding with the uphills and downhills that Rathlin’s roads feature that it was a bit too warm at times. It certainly seemed like a long walk between the two, but enjoyable nonetheless. It was great to see the East Lighthouse again, we’d seen it flashing (it flashes 24 hours a day) at us a few times and I’d also caught sight of the light from Islay in January. It’s a fairly powerful light. As we knew about the small lighthouse this time it was obvious once we’d looked at it. The lights are within a locked compound, which makes it difficult to get a good view of the little one, but if you walked along the coast a bit further you could see it as well as the height of the cliffs that it sits on. Really impressive and unexpected, although it shouldn’t be unexpected really given its location.

We wandered on back to the main village and had a look around a little gallery selling location-produced gifts before stopping at the cafe for a cup of tea and cake. It was a great opportunity to reflect on the day spent on a really beautiful and very interesting island. While the population of the island has decreased in recent decades, it certainly still attracts a great number of visitors and you can see why. So much is known about the island’s history – who built which house and who lived where. A real community island and generally a fantastic place.
It certainly won’t be my last visit to Rathlin, I am sure of that 🙂