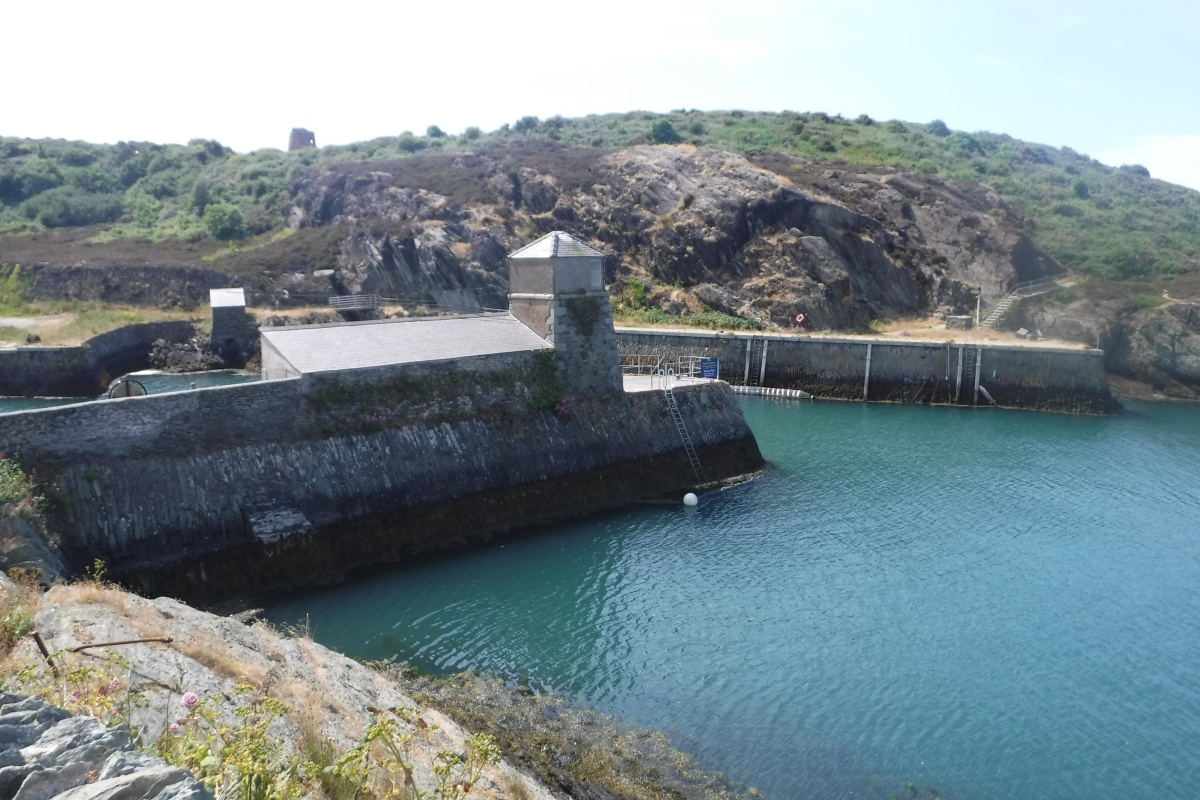 Following on from our Bardsey trip, I had just one lighthouse left in North Wales left to bag. While there last week it seemed like the perfect opportunity to resolve this.

I had visited Amlwch on my original lighthouse tour back in 2012, but had failed to spot the lighthouse while there. I also recall from my first visit discovering how Amlwch is pronounced. I had called ahead to the campsite I was planning on stopping at that night. The lady asked what time I would be arriving and I said that I wasn’t sure. When she asked where I was coming from I decided the safest option was to spell out the place name rather than attempt to pronounce it (surely incorrectly). She then informed me it was pronounced “Am-look”, which makes sense when you realise that “w” tends to sound like “u” in Welsh pronunciation. Handy to know!

Anyway, having done some more research since my first visit I had discovered that the reason I’d probably not seen the lighthouse was because from a couple of angles it doesn’t have a very “lighthouse look” about it, just a square building at the end of one of the piers.

Equipped with this additional knowledge we decided to spend a day on Anglesey. Of course a trip to Anglesey would not be complete without a visit to South Stack. We’ve been a few times now, but my parents hadn’t and it was a chance for my dad and our son to get inside and climb to the top. I’ve covered South Stack in previous posts (first visit in 2012, later visit in 2012 and 2015). so won’t go into detail again here.

Finding the lighthouse in Amlwch was straightforward in the end. It sits happily at the end of a very accessible pier. The tower was constructed in 1853 with the lantern added later. This tower is believed to have replaced one dating back to 1817.

Amlwch was a busy harbour back in the day with large amounts of copper being exported from the nearby mines. Local “hobblers” (retired seafarers) were charged with looking out from the watchtower and towing in any ships coming into the harbour.  So there was an obvious need for an aid to navigation in Amlwch.

The lighthouse tower is now home to GeoMôn, a museum centred on the geological history of the area. Amlwch might not be the most exciting of places to visit, but it was good to finally see the lighthouse.

We also made the most of our visit to the area by stopping off to walk around the old copper mine. It’s a very impressive place and, although man-made, makes for some wonderful pictures. I certainly can’t complain too much about anything man-made. I couldn’t get away with having such an appreciation of lighthouses if I did! 🙂